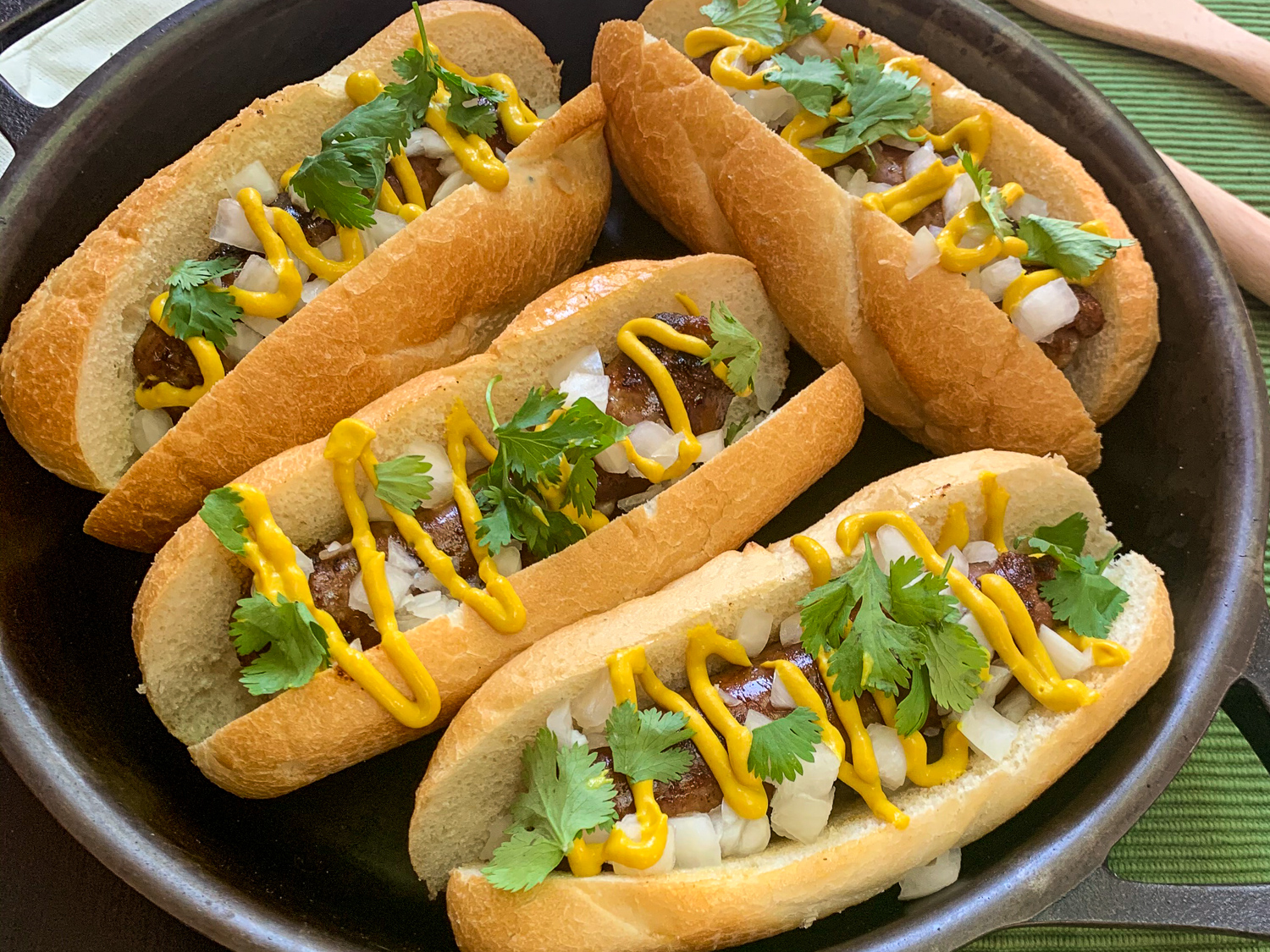 Cast Iron Cheddar Bacon Beer Brats are great in a bun with your favorite toppings or plated along any and every side dish for a complete meal.

This post has been updated from its original September 24, 2018 publishing with new images, content, and updated/clarified recipe directions.

What is a bratwurst?

If you’re like most people, the question of what’s the difference between all the various types of tubular-encased meats has crossed your mind at some point.

The average grocery store has a smattering of hot dogs, bratwursts, sausages (smoked, Italian, dried, etc.), kielbasas, chorizos, and more. But what really differentiates one from another?

The short, quickie answers are: country of origin, meat or meat mixtures, and spices.

Fun fact: the word sausage is generic and doesn’t denote any particular style or flavor.

Bratwursts and other wursts

Bratwursts or as they’re affectionately known as, brats are German in origin. Typically German pork or pork blend with veal or beef.

Commonly used spices are caraway, nutmeg, ginger, garlic, marjoram, and coriander, but of course others are used too. The blends are often regional.

Natural casings or pig intestines are what they are often encased in.

How to make brats in beer

There are many ways to make brats, but this is one of my favorite methods, especially when I don’t feel like grilling.

Boiling in seasoned beer then giving them a hot sear enhances the flavor of each bite.

Using either a Dutch oven or a skillet with a lid, bring to a boil the beer, garlic, salt, iron, and peppercorns.

Toss in the brats, cover, and let them bubble away for a good 30 minutes. Try your best to not peek, that steam is important.

Once the time is up, reserve a quarter up of the clear liquid and toss the rest out.

(Or you can use it for make something else like rice or potatoes if not serving in a bun.)

Get the Dutch oven or skillet screaming hot again (see notes in the recipe card) and sear the now cooked brats.

If they all won’t fit in at once with space around and between them, sear them in batches. Nobody likes to be crowded when they’re tanning, neither do brats.

Slow add the reserved liquid to help create some steam and enhance the color.

Toss them in a bun and garnish with mustard, onions, and cilantro. Or serve with any side dish (like the above mentioned potatoes or rice.)

Do I have to use Cheddar Bacon Brats

No. Use any type of brats you like. We love the cheddar bacon because…cheese…bacon; what’s not to love?

Plain or any other flavored will work, although you might want to adjust your toppings-but that’s a personal choice.

Can I make cheddar bacon beer brats in a slow cooker?

Well we here at Dutch Oven Daddy are all about the cast iron, but that doesn’t mean we can’t use other methods of cooking, especially if time is an issue.

Toss the braising liquid ingredients in your slow cooker then the brats. Give them a nice stir. Pop on the lid. Cook for 3 hours on high or up to 6 hours on low.

You can drain and serve at that point, but if you’ve got the time, pull out a skillet and give them that quick sear. You won’t regret it. 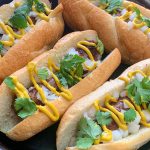 Other ways to use brats

Swap out hot dogs for bratwursts for an even tastier meal. Here’s some recipes that could easily have brats swapped in:

Want to join the discussion?
Feel free to contribute! 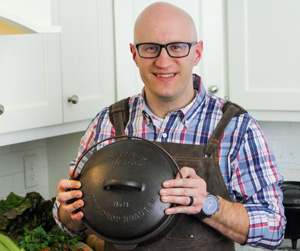 Dutch Oven Daddy is the fortuitous result of a simple gifted cast iron skillet and the need to care for his family. These two events created a deep passion in Ned Adams for all things cast iron: cooking both indoors and out, care of, and restoration of cast iron cookware.